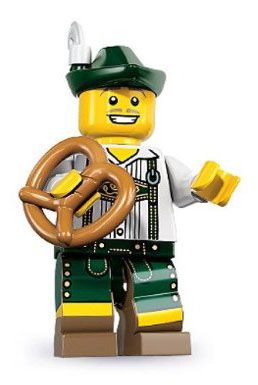 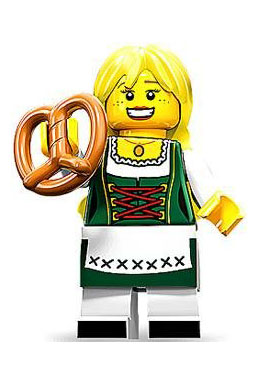 What do you think of the Bavarian Lady and the Lederhosen Guy? Stereotypical? Cute?

Poll: Most surprising results of the 2013 Bundestag election

How is the German chancellor elected? 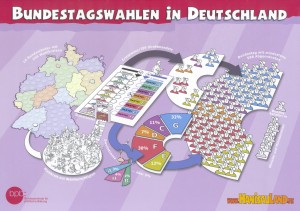 On September 22, 2013, the Germans will go to the polls to decide who will run the country for the next four years. There are plenty of informed articles on the dynamics of the 2013 election (e.g., “Polls Suggest Happy People Mean Boring Politics” in Der Spiegel,  “Germany’s Election: Descent into Banality” in The Economist, Germany’s election: Coalition scenarios” from BBC News). A new (or more likely, the same) chancellor will be (re-)elected.  But Germans don’t actually vote for a chancellor candidate. How then does the German system of representative democracy work?

So the question remains: How is a chancellor elected? Deciding who the next chancellor will be is the first job of the newly elected parliament (Bundestag). The party that has the most representatives in parliament usually determines who will be the next chancellor.  This happens either because a party has more than half of all the parliamentary seats,and therefore an absolute majority of the votes, or because that party has formed a ruling coalition (Regierungskoalition) with one or more other smaller parties, in which compromises and concessions are made, including deals regarding appointments to posts within the chancellor’s cabinet. After consulting with all the parties represented in parliament, the federal president (Bundespräsident) nominates a candidate. The parties most likely to win the election typically decide who they intend to put forward as a chancellor candidate long before the parliamentary election (Bundestagswahl). This is why Angela Merkel’s and Peer Steinbrück’s names and faces have been in newspapers, magazines, and in campaign advertisements for months. The candidate must be at least 18 years old and a German citizen, but needn’t be a member of the newly elected parliament. The Bundestag members then vote on the nominated candidate. An absolute majority, i.e. half of all the possible votes plus 1, is required for the vote to succeed. Thus far, every German chancellor has been elected with a majority of votes during the first voting round. Should this vote fail, however, the parliament has 14 days to elect a new candidate by absolute majority, and after 14 days have passed, by a relative majority of the votes. The new chancellor (Bundeskanzler or Bundeskanzlerin, as the case may be) takes office as soon as the Bundespräsident makes the voting results official. Then the federal ministers and secretaries are appointed by the Bundespräsident at the suggestion of the new chancellor. The chancellor’s term in office lasts four years and officially ends with the selection of a new Bundestag. However, the ruling chancellor continues to carry out the duties of the office until the new parliament elects a national leader. 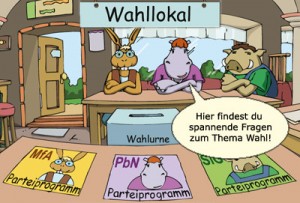 More on the Free OnlineTVRecorder

Two months ago I reviewed the OnlineTVRecorder (www.onlinetvrecorder.com) after about a week of use. After two months of using the OTR on a regular basis, I am still just as thrilled about stumbling across it as I was then. But the site is far from intuitive, and support is available from various sources but largely outdated and not easy to find. So I’d like to revisit the topic with some additional tips and tricks that might not be obvious to novice users:

If I get any additional insights that seem worth sharing, I’ll post them in the comments. 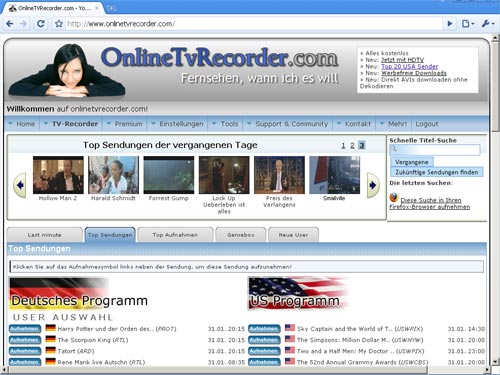 I know what you’re thinking — it sounds too good to be true. Well, that’s exactly what I thought when I heard about the OnlineTVRecorder (OTR). But the thought of having access to German TV was just too enticing and I had to check it out. So I made a free account and have been downloading and watching German TV for the past week. There are shows as different as Tatort, Harald Schmidt, Hessenschau, Die Küchenschlacht, Wer wird Millionär, Planet Wissen, logo, Unser Sandmännchen, dubbed episodes of numerous US TV shows like Die Simpsons, Law and Order, and Desperate Housewives, and this week alone German versions of several films like Apollo 13, Die Bourne Identität, and Findet Nemo. And it is indeed all free!

This is how the OTR website works: You search through a German TV program that includes over 60 (!) channels. You can browse by channels, by genre, or search for a specific show. You choose which programs you want to record. Once recorded, you download the shows to your computer. Then you decode the shows with a special program that you download once from the OTR site. And that’s it — then you can view the programs.

All of this available with a free “Beginner” account that has a few limitations: You can only have up to 260 GB of recorded programming in your account at a time (which amounts to more than 500 hours worth of programs!).  You can download these programs between midnight and 8 am Central European Standard Time at no cost. And with a Beginner account, you may decode only 15 programs per month.

“Premium” accounts are also available for 50 GWP (Good Will Points) per month, which amounts to a mere 50 cents.  And you may actually earn the 50 GWP in your account by clicking on banners within the OTR website and still not pay a cent out of your own pocket. However, Premium status that is earned through banner clicking will allow you 50 decodes per month, whereas Premium status that is paid for with real money will get you 125 decodes per month. If you need more than that, you can pony up another 50 cents and renew your Premium status before the month is up. Premium status also comes with some other perks like unlimited recording space, the ability to download programs in HDTV or MP4 format, the option to block advertising on the site, and several other features.

How is all of this possible for nothing, or next to nothing, you ask?  The website is financed through the advertising that appears on the site. Downloads are meant for private, non-commercial viewing. Beginner accounts may be limited to a trial period of 3 months — I found brief mention of this on one page of the site, but many pages contain descriptions that refer to previous membership terms, so it is unclear whether the Beginner status may actually be continued beyond this period. Even if the free account is limited to a 3-month period, 50 cents a month seems like a small price to pay for such broad, flexible access to authentic German TV programming. Compare this to Dish Network’s German satellite TV program that has only 5 channels and costs almost $30/month.

If you’re looking for authentic German language resources, the OnlineTVRecorder is well worth looking at. If you try it, let me know what you think.

See also my update and tips for using the OTR.

If you are a visual learner, or if you’d just like to expand your vocabulary, you will undoubtedly be interested in Pons’ huge online German picture dictionary (http://www.bildwoerterbuch.com).

The dictionary contains 6000 words in 17 different categories and with images for all of them. You can browse by category (e.g. Earth, Clothing, Plants, Animals, Sports, Science, House) or you can search for a word, or part of a word, in either English or German. If you are browsing, you typically will click through a few layers of images, the topmost layers containing the most general words and the final layer containing the most detailed images. For instance, clicking through the pages Transport und Fahrzeuge > Strassenverkehr > Auto will bring you to this image (which is one of several on the page under the category Auto): 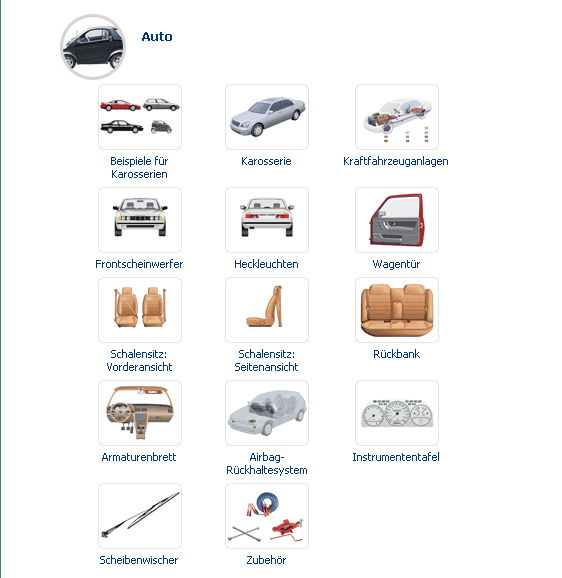 If you click on one of the images, then you get an image that contains more specific vocabulary. For instance, clicking on Karosserie on the page pictured above yields the following: 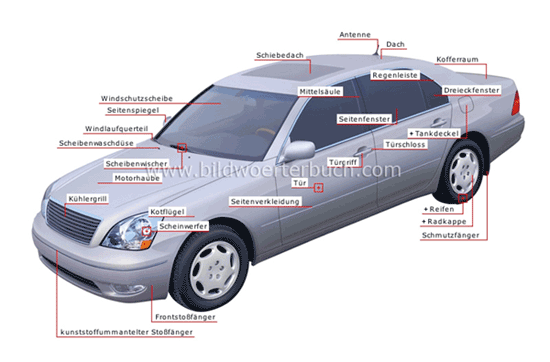 Below each image is a list of the included vocabulary with German and the corresponding English words and with links to audio pronunciation for both languages. Be aware, however, that the intonation is not always correct for the German words. For the words I tested, the speaker uses rising intonation at the end of every word, as one might do when reading a list of words in anticipation of the next word.

Given the level of detail this dictionary offers, it is best suited to advanced learners and/or learners who need to know very specific words in a particular field. It also contains only nouns, no other parts of speech. Still, with 6000 words there is sure to be something here for everyone.